RESIDENCE EXCELSIOR, is not a Hotel, but a Residence composed of Mini apartments and Suites all autonomous and directly on the lake, the historical name is EXCELSIOR, with annual restorations while maintaining the original characteristics. 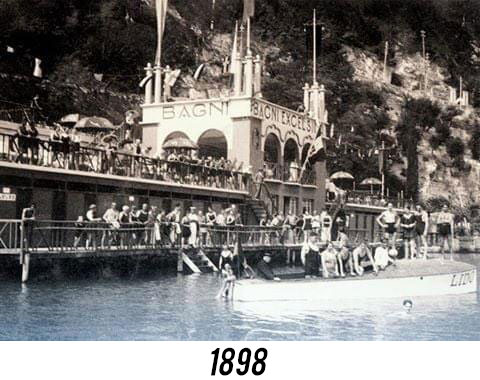 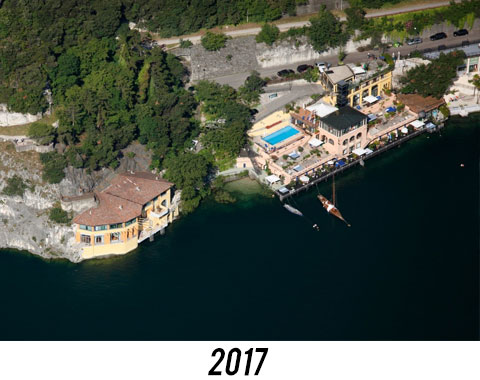 In a natural basin sheltered by the green mountains lies the Residenza Excelsior at mt. 350 from the center of Riva del Garda, which can be reached by a wonderful walk directly on the lake or via the Gardesana Occidentale state road.

The historic building of 1898completely restored in 1980 and renovated first in 1991 and then in 2005 but with a continuous annual maintenance, is directly on the lake and offers the true image in all the beauty of Riva del Garda.
Ideal place for couples, families, sportsmen, who for their holidays really want simply to rest, with no times: eating, sleeping or socializing, how and when they feel appropriate, always in the respect of other people.

Vendome - battle on the lake

Year 1435/1439. However, the transport of the fleet failed to remain hidden from the Milanese and the surprise factor on which Piero Zen, captain of the Venetian fleet, was so lost. The battle took place off the coast of Desenzano and the victory came from the Milanese, who were stronger in number and who captured part of the fleet. Only two Venetian galleys managed to repair in the port of Torbole.
Brescia was not freed from the siege, but thanks to the naval control of the northern part of Lake Garda, the Venetians managed to bring aid and foodstuffs, allowing the city to resist the siege for another year. During the year 1439 a second and more powerful Venetian fleet was set up in Torbole with the material transported from Venice through the already tested itinerary Adige-Loppio-Torbole. In the clash of April 1440 the new fleet, commanded by Stefano Contarini, clashed with the Milanese off the Ponale and this time won the battle, acquiring complete control of the lake. In the ceiling of the Sala del Maggior Consiglio in the ducal palace of Venice, a painting by Tintoretto represents the harsh clash with the Milanese. 1. ^ Alemano Barchi, "Annotations to the Civil Brescian Chronology" 1832 - "... For the noble pacts that the dedication of Brescia retained its Senate that with the name of General Council until 1797 ..." "Only way that still remained to supplying Brescia was that of Lake Garda, since being the eastern coast of it formed by the Veronese, the provisions were embarked there, they could easily be taken to Brescia, and if Piccinino were rushed to ban it, he would have easily left the road open or not Brescia in Verona. But the Venetians did not have any ships in the lake, while the enemy held an armory in Peschiera, and other fortified places around it.
Until December 1438 the Republic had accepted the reckless project of a Blasio de Arboribus (or Nicolò Carcavilla or Caravilla) and Nicolò Sorbolo to pass a flotilla from the Adige into the lake until December 1438. Twenty-five boats and six galleys formed, which from the mouth of the Adige were made to climb up almost to Roveredo, but from there they were still from twelve to fifteen miles to reach Torbole for steep and alpine terrain. In the midst of those mountains and at the foot of the Monte Baldo chain, the lake of s. Andrea, who wanted to let the flotilla enter. To this purpose up to two thousand oxen were gathered, needing as many as twenty twenty pairs for each galley; large number of sappers, workers, engineers cleared the gullies, built bridges, paved the way, and so, after unspeakable efforts and hard work, he could reach the armory in the lake of s. Andrew. It remained to overcome Mount Baldo, and the human industry and the iron will, even to this, came and with the Istran spectacle the canals were finally found on the summit of the mountain. From there it was necessary to throw them into the lake, an operation no less difficult for the dangers of the descent; in that steep slope they tied the boats to the trees and the boulders, by means of winches they gradually loosened the ropes, and the canals lowered themselves from those horrid precipices. So after fifteen days of traveling on the ground, the little arm arrived without any left in Torbole, whence it was thrown into the water and armed. It was a marvelous undertaking that cost the Republic as much as fifteen thousand ducats, but unfortunately for what it was useless for the purpose of catering Brescia, since it ran Piccinino col. its navilio, little relief could have the Brescians and the Venetian commander Pietro Zeno had to retire to Torbole and to put himself in safety behind strong fence. "" (Eugenio Musatti, History of Venice, 1880.)